[This is Why I Love Geekery]

So some dude name Joe Peacock posted a rant complaining about too many cute girls 'faking being geeks' nowadays. I won't bother to even address how many ways his article is crap, since Joe Scalzi did it for me, but the part of Joe's rebuttal that really stood out to me and truly sums up why I have so much affection for geek culture despite it's warts was this:

Any jerk can love a thing. It’s the sharing that makes geekdom awesome."


THAT is exactly why I embrace the 'geek' label, and will wear that term proudly til the day I die. The exuberant love of sharing our passions with each other without fear of being judged for 'caring too much' or 'taking it too seriously' is such a great and fun part of geek culture, and why I believe that all our geek communities can only get better by accepting more different types of people in them. I echo what Joe says at the end of his essay:

"Anyone can be a geek. Any way they want to. That means you too. Whoever you are."


Related Reading:
How Geek Gatekeeping is Bad for Business
Confessions of a 'Fake Geek Girl'
Geek Masculinity & The Myth of the Fake Geek Girl
The 7 Most Ridiculous Things About Calling Out 'Fake Geek Girls'


Posted by Pai 3 comments:
Email ThisBlogThis!Share to TwitterShare to FacebookShare to Pinterest

It's a fact that 2012 has been a disappointing year for 'AAA' MMORPGs. The highly publicized implosion of 38 Studios and the stumbling performance of SWTOR has led some gaming pundits to question if the entire genre has been put in peril. I've already addressed why I disagree that those games' failures were because 'the market is over-saturated with MMOs', but there IS something to be said about the chilling effect such high budget crash-and-burns can have on twitchy investors who may not know enough about MMOs to understand why all the money put into those studios failed to provide the desired returns. 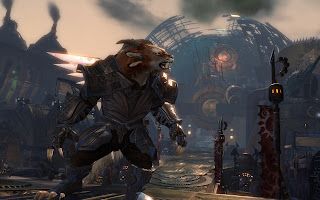 The hard fact is, making games is a business. It is generally required by AAA development studios to convince people who may not be gamers or even particularly interested in gaming to fork over considerable amounts of money to fund their projects. These sorts of investors are the types who read statements like 'the market for MMOs is obviously saturated because not even 200 million dollars can make a game MMO players want to play', and decide it's not a good idea to invest in MMO projects for the forseeable future. Thus, even though the true reasons why certain big-budget games did poorly is more complex than that, every MMO project going forward gets stigmatized as a 'low chance of being profitable' before it even gets out of the gate. If reality gets framed as being MMORPGs as a whole that are not profitable rather than just over-derivative WoW clones, then yes, the genre as a whole will suffer. And there is a real risk that the latter will be the message taken away from this year by the investors of tomorrow.

Now, ArenaNet has not disclosed how much money has gone into Guild Wars 2 yet, but I'm going to assume it's at least $100 million. I could be totally wrong of course but when devs have made various comments that basically admit cost was not their major consideration and outright state they're betting the company on this game, it makes me suspicious that the final number is going to be pretty big. 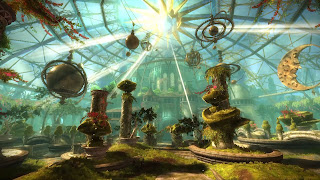 And not only has ArenaNet been coy about publicizing how much they've spent on Guild Wars 2, but also have been setting some pretty confident goals for themselves, such as being the best service provider in the entire industry. They are setting the bar for themselves high, with very public statements of confidence, and investors and other such influential people in the industry are definitely watching them closely to see if they can deliver.

If Guild Wars 2 faceplants, it will be the second epic-budget AAA MMO released in 2012 to do poorly and the third bad end to a very expensive MMO project this year, and that will definitely have severe consequences for the AAA MMORPG as a genre. Because of that grim possibility, even people who are not interested in the game should be hoping it has a great launch and a positive market performance because Guild Wars 2 may actually be a 'MMO Messiah' if it can achieve it's lofty ambitions, albeit a savior in a different way than most gamers define the term.
Posted by Pai No comments:
Email ThisBlogThis!Share to TwitterShare to FacebookShare to Pinterest

Medium Difficulty weighs in on the decline of Zynga and the FB game fad:

"Zynga stock is already down more than 45 percent since its December 2011 IPO. Maybe becoming publicly traded meant that Zynga finally exposed itself to some smart money, which meant its game design began to be scrutinized by people whose profits depended on it. In 2009, before the IPO, Forbes uncritically accepted Zynga’s claim that part of its strategy was to make games in a variety of different genres, while CNN called Zynga “more than a one-trick pony” because it had not only produced Farmville, but also Mafia Wars, YoVille, and Café World. But now that investors have wizened up, Zynga has learned that it can drive its share price down just by announcing a new slate of awful games, as analysts “questioned whether Zynga’s new offerings were diversified enough” and raised concerns about the quality of the games."


It's good to know that people besides gamers have started to 'raise concerns' about the quality of Zynga's titles. The apologists for that type of 'social game' can't claim it's just hardcore sour grapes anymore (if they're even still around at this point).

Hopefully the fact that Zynga so openly pushed the entire Skinner Box-style game mechanic to the furthest level possible while maintaining only a veneer of 'gameplay' has encouraged future MMORPG developers to move past the tired grind and RNG-based carrot-on-stick standbys into creative, new (and less toxic) gameplay systems. Because I think one reason why Zynga games are so reviled by gamers is because they are, at their core, disturbingly familiar to many of us as exposing the type of mechanics at the core of many our own superior 'real' games, and on a certain level we resented having to acknowledge it.


Related Reading:
Zynga's Stock Fail Was Sadly Predictable
Zynga's Headaches -- Did We Not See This Coming?


Posted by Pai 2 comments:
Email ThisBlogThis!Share to TwitterShare to FacebookShare to Pinterest

[Brad McQuaid: Cult of Personality or Friends in High Places?]

So Brad McQuaid has been accepted back into the MMO Industry fold.

Why, exactly, given the complete fiasco of his last project?

How many other people, after doing such a terrible job running a development team and company, would get a second chance like this? Is it because he's 'One of the Guys Who Designed EQ' and knows the right people and has a cool personality? When Vanguard got bought up and put on life support by SOE  (which was an oddly nice gesture of them), I had initially gotten the impression it was because someone high up there was being sentimental, and this latest development just reinforces my suspicion.

Either way, in the light of the recent examples of high-profile MMO projects being brought low by gross incompetence, and the importance of developers today to be professionals aware of current market realities and not arrogant posers blinded by their personal 'Vision', I don't understand why this guy, who showed himself as being a terrible leader and an out-of-touch designer, is the one who gets chosen to be given another chance in the gaming business. It just baffles me.

Posted by Pai No comments:
Email ThisBlogThis!Share to TwitterShare to FacebookShare to Pinterest

"Pathea Games is proud to announce the studio's next game, Planet Explorers. Planet Explorers is an open world voxel-based adventure rpg game set on a distant planet. The game uses a new OpenCL system based on the Unity 3D engine to allow players to change the terrain in anyway, create new objects in any form, and do it anywhere.

In Planet Explorers, it is the year 2287, one of the first colony ships sent out by Earth arrives at the planet Maria, in the Epsilon Indi Star System. During its landing sequence, something appears in front of the massive ship that causes it to lose control and crash into the planet. Some of the colonists survive in lifeboats, but what they find is an unforgiving land filled with creatures ready to outlast the visitors from Earth. Now the survivors must explorer, gather, build, create, fight, and ultimately, conquer the land."

Sounds like a non-cube story-based Minecraftish kind of thing; I'm going to have to keep an eye out for this one! 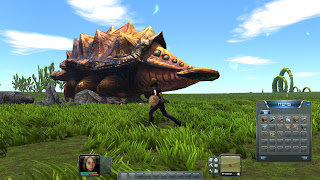