Since money is pretty tight at low levels (item drops sell for only pennies to NPCs, since the game has a player shop system), some early quests will helpfully give you the basic items you need to start taming monsters. Pets can be used as stat-boosts for their owners as well as buffers/healers and tank/damage roles. Each monster 'family' has different strengths and weaknesses to other families, so knowing what you're going to be going up against helps in deciding which pets you want to use in a given situation. 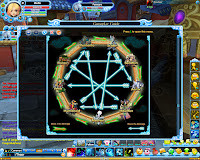 Monster taming and Melding is one of those things that is simple on the surface, but can get complex if you're aiming for a specific combination of stats. I had a sinking feeling as I remembered how 'selective breeding' for the best stats in Pokemon was a serious obsession of mine, and I think ESO's pet system is similar enough to present a real threat to my free time. =P 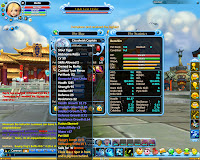 Pets have the basic atk/def/etc combat stats, a certain number of skill slots, an elemental affinity (or not), a personality type, and a certain 'growth rate' that affects how much certain stats will grow each time the pet levels, which varies between individual monsters. Since pets can be 'Fused' to a player to serve as a type of stat boost as well as being used as a combat ally, there are different strategies involved in pet Melding depending on what you want to use the final pet for. Since their personality affects stat growth, you want those to match, too. Catching several of a type of monster, sifting through them for the best individuals, and then Melding them together in order to end up with a superior custom pet can be an entire 'endgame' in and of itself. And ON TOP of all that, is that whenever two pets are Melded, there is a chance for an Appearance Mutation to occur, which can result in you getting a monster that's impossible to tame from the wild. There are several guides on the official boards that go deeper into the min/max aspects of Melding, as well. 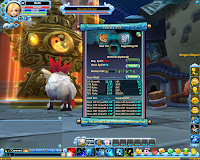 I'm still too low level (and poor) to get into serious high level pet development, but I'll be experimenting with some simpler aspects to get a better feel for how the system works in the meantime. So far it looks like it could be pretty fun for a former Pokemon addict like me.

Next up: my thoughts on Ether Saga's general gameplay, cash shop, community, and related miscellany.
Posted by Pai
Email ThisBlogThis!Share to TwitterShare to FacebookShare to Pinterest