PvP: There are several 'open PvP' and PvE realms on each server. Groups of guilds ('Clans') can make formal Alliances with each other and fight other Alliances for control of specific regions of the game (details about territory wars are here). Winning 'dominance' over a region awards Alliance members special mounts, items, titles, etc. There are generally three or four top Alliances that actively compete per server. Towns and some quest hubs are 'safe zones' where PvP is prohibited. Until you reach level 45, you can't participate in PvP outside of duels, and the more you kill other players, the higher chance you have of dropping items when killed. More details about the PK system are here. Different realms have different PvP and PvE events that occur on them periodically, which are announced gamewide. 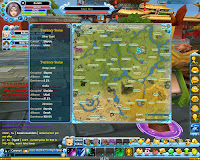 Cash Shop: There are typical F2P items in the shop: vanity outfits, inventory expansion items, mounts, and items that improve the chances of successful gear upgrading and pet melding. The Cash Shop mounts range from 10$ to about the same as a Sparklepony, but they only barely travel faster than running. They're mostly a decorative item it seems, and since you can get basic mounts with ingame money (as well as getting ones as quest/PvP rewards), shelling out real-life cash for one isn't really necessary.
Some of the CS prices seem kind of high, at least compared to other F2Ps I've played. My usual budget for a F2P is around 10-15$ a month, which would allow me to get a few convenience or fluff items a month easily, however in ESO stuff like outfits would be much more of a once-in-a-while splurge. So far, the only thing I've felt I HAD to buy was a Mystery Pouch (which is a one slot item that stores crafting materials and such outside of your main bag, which is a big help since bag space is limited). 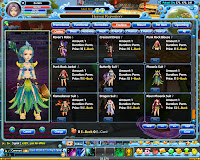 PvE: There are five main types of quests in the game:
Training Quests (Gold): The 'main storyline' quests, which should be done first.
Fate Quests (Blue): Grind quests, basically. Good for making up the xp you've lost after dying, to hit a certain level to do the next Training Quest, or just want to kill stuff for a while.
Basic Quests: A rotating selection of quests available on bulletin boards in town. Some give special rewards.
Adventure Quests (Yellow): Quests that have to be completed in an instance dungeon.
Ethyr Quests (Green): Quest chains that reward you with a new class spell at the end.

Quest flow is practically nonexistant. Many send you to the same place at different times, different quest chains that cover the same 'storyline' are not grouped together and so you end up backtracking and wandering all over the place a lot. The problem is lessened if you stick to Training Quests as much as possible, but for completionists like me it can be a bit maddening. Positively, there are way more quests than you really need to level and they're generous with exp, so you can easily afford to skip the most inconvenient ones. The irony is that mobs lower their chance to drop items the more you outlevel them, which includes quest drops, so putting off some quests for too long can make them hard to complete if you outgrow the mobs too much. Having a healing pet is vital if you want to solo some quests easily (this may depend on your class; right now I'm playing a Mystic which is not a heavy armor class). 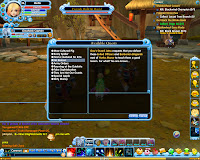 Overworld quests are not hard, and the majority are just grind to be honest. But non-elite mobs die so fast, it really doesn't feel that bad. Some quests give an item as a reward called a 'Possessor', which is basically a bot that you can set up to kill things for you while you chat or whatever. At first I didn't know what to make of a game that has botting built-in as a game mechanic, but for some strange reason it works in ESO. I wonder if the huge number of mobs + Possessors was intended as a way for 'normal' people to be able to compete with goldfarmers and therefore not feel like their game is being ruined by them? I will guiltily admit it's kind of nice to be able to farm stuff overnight while I sleep in real life. Of course, 'Possessing' on a PvP server is something you do at your own risk. You lose 5% of your exp each death, but you don't lose levels and can easily gain it back again. 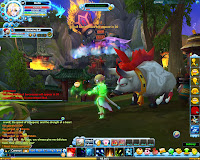 Community: Completing Adventure Quests seems to be difficult when you're starting out. There is no global LFG channel or tool, which makes finding groups when you're a newbie pretty hard. There is no global chat unless you're a member of a Clan/Alliance or buy the privilege via the Cash Shop. So for someone just starting out, it can be a bit lonely. Many of the guilds advertising on the official forums have minimum level requirements so it'll be a bit still before I can start shopping for a clan of my own. Until then, I'll have to be content with soloing and trying to make new friends as I meet folks along the way.

The community is helpful on the forums, where it's easy to ask questions and get tips if you're a newbie. Meeting people ingame is harder, but I find that to be the case in most MMOs when you're starting out, especially ones as solo-friendly as ESO. I think if more F2Ps had functional LFG systems ingame it would be a big improvement -- most of the ones I've played have little to no way for people to easily connect with others who need/want a group. Not sure why that is, to be honest. The most populated realms are the PvP ones (Realm 8 in particular), and since you are safe from open PvP until you're level 45, they're a good place to start on if you want to meet people.

Technical Issues: There's also periodic lagging and some minor bugs, though nothing gamebreaking that I've experienced so far. Translation is also bit clunky and inconsistant, but since the story isn't a very important part of the game, it's not a big deal.

Overall, the game's strengths:
Beautiful, colorful world and art design
Pet System
Open PvP (if you're into that sort of thing)
Ability to solo dungeon bosses if you make the right gear
Solo-friendly
Auto-travel (click NPC names in quest log, etc and walk there automatically)
Easy to get into

It's weaknesses:
Grindy quests, which is a shame because the environments are so interesting, you'd think there would be deeper stories around them.
Item enhancement/pet capture attempts fail very often, which eat up mats (and add cost).
Quest drops are affected by the 'anti farming' mechanics
Hard to make ingame money starting out

Ether Saga is not an 'immersive roleplaying world' by any stretch (and it doesn't try to be) but it's still a pretty fun game. It's a 'RPG' in the same way Pokemon is, rather than the way Everquest II (or even WoW) is. Which isn't necessarily a bad thing, depending on what you're in the mood for. If you're highly allergic to grind, and want a MUD-based serious RPG, ESO isn't going to fit that bill. But it's a cute little game that's easy to get into and has some fun elements that can get surprisingly deep if you want to get serious about them. If anything, it's worth a try (I'll be sticking with it for awhile, since I'm on yet-another WoW hiatus).
Posted by Pai
Email ThisBlogThis!Share to TwitterShare to FacebookShare to Pinterest